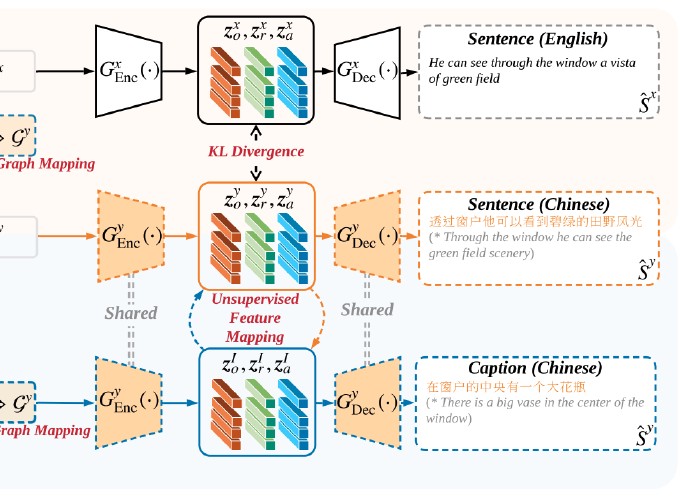 Most recent image captioning works are conducted in English as the majority of image-caption datasets are in English. However, there are a large amount of non-native English speakers worldwide. Generating image captions in different languages is worth exploring. In this paper, we present a novel unsupervised method to generate image captions without using any caption corpus. Our method relies on 1) a cross-lingual auto-encoding, which learns the scene graph mapping function along with the scene graph encoders and sentence decoders on machine translation parallel corpora, and 2) an unsupervised feature mapping, which seeks to map the encoded scene graph features from image modality to sentence modality. By leveraging cross-lingual auto-encoding, cross-modal feature mapping, and adversarial learning, our method can learn an image captioner to generate captions in different languages. We verify the effectiveness of our proposed method on the Chinese image caption generation. The comparisons against several baseline methods demonstrate the effectiveness of our approach.